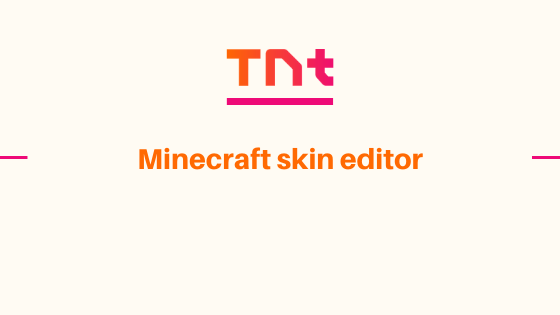 With minecraft skin editor, you edit any of your existing skin by using advanced tools like paint bucket, color picker, and erasers. Now you can create the perfect skin that you have been looking for. The editor also happens to be in 3D which gives you the option to rotate and zoom in the model to intricately paint them as per your convenience. The editor is also equipped with tools to make pixelated textures and has support for both the layer of skin. You can directly export to the Minecraft PE or even upload them directly to your Mojang account for your PC version.

Let’s take a look at the Examples:

In an open world game, the importance of a map is a very stressed upon factor and no wonder it is the same in Minecraft. There are a lot of maps that you can improve your gameplay with in Minecraft.

If you are more into the genre of horror then the Dream Horror package will be the right deal for you as it houses all the horror elements that the user would expect in a Gameplay. If you think that was cool, remember Tony Stark and his mansion, well there is also a map called the Tony stark’s Mansion which is a replica map of the mansion in the movie.

There is always a fondness towards the streets of Australia and you can live all that in you Minecraft gameplay with the help of the Australia Map package. There is also an interesting map, called the Toy Story 4 which is based on the theme of the movie but it is highly recommended if you want to play small mini-games with your friends in the Minecraft community.

There is always an expectation to luxury mansions in an open world game and that quest is possible with the Luxury Modern Mansion map too. There are also a variety of maps you can choose from in Minecraft.

If you are eager in building a castle that is set in the summer side with all the happy elements about a castle added to it, then the Summerset castle is the best mod that you can go with to build the castle of your dreams. You can also build fortress in the sky that also has the elements in the Peak fortress mod. if you are looking forward to a castle with all the fantasy elements you can build a castle in the Fantasy Fort mod.