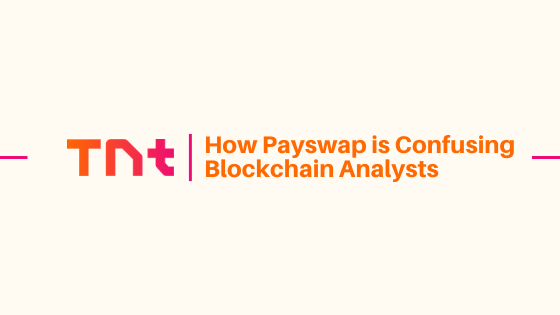 Although Satoshi Nakamoto’s white paper suggests that privacy was a design goal of the Bitcoin protocol, blockchain analysis can often break users’ privacy. This is a problem. Bitcoin users might not necessarily want the world to know where they spend their money, what they earn or how much they own, while businesses may not want to leak transaction details to competitors — to name some examples.

But there are solutions to regain privacy. A new solution was proposed on the bitcoin-dev mailing list this week, by the Bitcoin and Lightning developer who goes by the pseudonym “ZmnSCPxj.” Called Payswap, the proposed solution offers a simple-yet-effective trick to confuse blockchain analysis by inverting the relation between payer and payee.

Here’s how that works.

Payswap essentially replaces the payment from Alice to Bob with two payments: one from Alice to Bob, and one from Bob to Alice. Doing this securely requires some technical complexity — more on that below — but let’s for now ignore that.

In this case, Alice would still create a transaction with two inputs: two chunks of 2 coins. But this time, the transaction would include only one output: She would send all 4 coins to Bob. Already, this may confuse blockchain analysts. Because most typical payment transactions include a change address, and this transaction doesn’t, they may (falsely) assume that this is a transaction in which someone is, for example, moving their own funds around to a new wallet.

If different Bitcoin addresses are used, a blockchain analyst will not be able to tell that the two transactions described here happened between the same two people (Alice and Bob). Instead, on top of the false assumption they may have made about Alice’s transaction to Bob, they may now also have a wrong assumption about Bob’s transaction to Alice. Overall, they may think that Bob paid Alice 1 bitcoin, while in reality Alice paid Bob 3.

In reality, the Payswap trick would be slightly more complicated.

In the example above, there is a problem left to solve. Since Alice and Bob don’t trust each other, neither is willing to make their payment first, as this would allow the other to disappear without returning the payment.

This can be taken care of with an older trick, called CoinSwap. Based on atomic swaps (an even older trick), two otherwise separate transactions can be made dependent on one another; neither party could refuse to return the payment.

If you know how CoinSwap and/or atomic swaps work, the idea behind Payswap is actually very simple. Instead of using (near-)equal amounts in the atomically-linked transactions, Payswap uses unequal amounts; the difference constitutes the payment. (If this is clear to you, there’s no need to read the rest of this section of the article.)

In a little more detail, Payswap introduces two additional transactions into the equation.

Both transactions are broadcast to the Bitcoin network to be included in a block.

In other words: Bob can only claim 4 coins by letting Alice claim 1 coin. Either both transactions come through or neither does.

If for whatever reason, Bob does not claim his payment, the timelock on the basic smart contract Alice created will expire, and she can claim her 4 coins back. Bob, a little later, can also claim his 1 coin back. No harm is done.

It’s worth pointing out that these smart contracts can be created with fancy mathematical tricks to hide the secret codes in the cryptographic signatures, to prevent the two transactions from being linked by blockchain analysts through the code.

In the end, while using atomic swaps adds some complexity, blockchain analysts would be confused just the same.

Payswap does come with some trade-offs.

Additionally, the payment requires Alice and Bob to interact. Alice can’t simply send funds to Bob’s address; instead, the two have to communicate outside of the Bitcoin protocol to also settle on an identifier (hash) of Bob’s secret number.

The solution might, therefore, actually be more useful in the context of Lightning. Payment routing on the Lightning Network is entirely based on the exchange of secret numbers, much like the one Bob generated in the example above, so it’s not difficult to see how the same trick would apply. Yet, on the Lightning Network, the extra transactions wouldn’t hit the blockchain, while payments require interaction anyway.

In fact, mostly focused on Bitcoin’s Layer 2 network for fast and cheap payments, ZmnSCPxj originally came up with the idea for Payswap in the context of the Lightning Network, where he simply refers to it as a “self-payment.”

7 Easy Tips For Ensuring Your Finances Are Passed Down Correctly