2019 has seen digital assets trading firm BiKi.com traverse the globe to internationalize its brand. Countries such as Vietnam, South Korea, Japan, Russia, Uruguay, United Arab Emirates, Malta and other Western nations have been on the BiKi agenda for expansion or globalization plans.

The crypto exchange has thus been able to gain unique insights into the market conditions of each region. According to Ethan Ng, BiKi.com Southeast Asia CEO who leads the globalization initiatives, the rise of central bank digital currencies (CBDCs) will have a significant impact on the future financial ecosystem.

Citing Christine Lagarde who spoke about ECBs (European Central Bank) stance on CBDC, Ng shares his insights on this growing trend in 2020.

China is seeking a two-tiered system which revolves around the relationship between central bank, banks and consumers. With BiKi’s research lab, incubator and fund still located in China, BiKi has been paying close attention to the latest news on China’s CBDC.

“China is not one to shy away from innovation,” said Ng. “It has one of the fast-growing markets with an ecosystem of their own. Since the Chinese CBDC will not be directly consumer-facing, it will marry well with Chinese cryptocurrency censorship for consumers, yet thrive on a larger B2B level.

“The outcome is a blockchain-driven tech country, with the average joe benefiting from the technology but steered away from investment risks and scam coins which are especially rampant in the Chinese industry.”

Launched over a year ago in 2018 by the Bank of Thailand, Project Inthanon is already in its third phase. Ng managed to speak to key opinion leaders (KOLs) as well as regulatory officials and local Thai exchanges about the impending Thai CBDC.

“I noticed in Thailand that many KOLs were speaking about Project Inthanon,” said Ng. “I believe Project Inthanon has one of the highest potential to be the first successful CBDC. Already, Thailand is so well-regulated, with exchanges, projects and the crypto media all working closely with and being regulated by the government.”

The essence of blockchain, decentralization, might be lost but the upside is that governmental regulations can protect digital currency users. This, Ng asserted, will “lower the barriers to entry for newcomers” to the technology.

The Turkey economy has not been thriving and the digital Lira is meant to alleviate its economic crisis amidst mounting debt. Many Turkish are also turning to cryptocurrencies due to the volatility of their own currency. Hence, the government plans to expedite the release of Digital Lira, presumably by the end of 2020.

“They have real world use-case scenario plans for their CBDC. The citizens need it. And with their close ties to Dubai, it looks like these two middle eastern states will be headed for a full crypto region once these infrastructures are unveiled,” said Ng.

“If Central Bank Digital Currencies (CBDCs) are rolled out by 2020 in countries such as China, the European Union, etc, we can expect that bitcoin prices will go beyond the $20,000 price range,” declared Ng. “This is likely because the roll out of CBDCs will increase adoption from mainstream players such as institutions, MNCs and SMEs in the market. These changes will have tangible impact on the everyday lives of the masses.”

Against such a landscape, there will be an increasing acceptance amongst non-crypto believers as they witness more and more familiar brand names adopting blockchain technology or developing their own stablecoins. Already, Walmart and IBM are examples of mainstream enterprises who have adopted blockchain technology while financial institutions like JP Morgan Chase and Signet are some of the big names in finance who have developed their own stablecoins.

As BTC is the leader in the tokens market, when its value increases, the altcoins will in general also follow suit. Ng predicted that with the upsurge of mainstream attention, more discussion amongst regulatory bodies worldwide, the increasing utility of tokens especially in nations where local currency is volatile, a rise in demand for digital currencies and cryptocurrencies alike will ensue, sparking off a new wave.

The Race Is On

“In conclusion, it looks like there will be a race for countries to top one another in being the first to issue a fully functional CBDC, plugging in the gaps in their current national currencies,” said Ng.

He observed that “ultimately, it will make the world much more connected financially, and more accountable to their assets.”

Headquartered in Singapore, BiKi.com is a global cryptocurrency exchange ranked Top 20 on CoinMarketCap. BiKi.com provides a digital assets platform for trading more than 150 cryptocurrencies and 280 trading pairs. BiKi.com is focused on providing the safest, most stable and most effective cryptocurrency trading platform. 100% of the transaction fees are used in buyback and burning of platform token, BIKI. Since its official opening in August 2018, BiKi.com is considered one of the fastest-growing cryptocurrency exchanges in the world with an accumulated 2 million registered users, 130,000 daily active users, over 2,000 community partners and 200,000 community members. BiKi.com has received investments from Huobi co-founder Du Jun, Genesis Capital Zhu Huai Yang, FBG Capital, ChainUP and others totaling approximately 10 million USD. 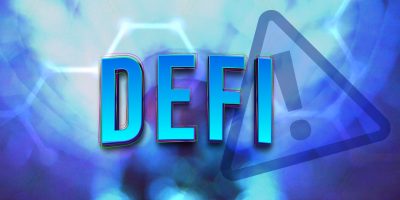 Defi Scams – Most Common Scams in the DeFi Space 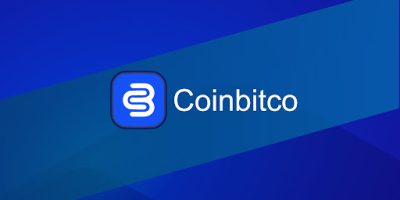 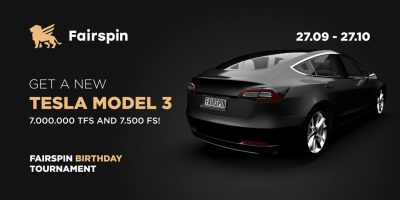