Decentralization isn’t a spectrum. It is one side of a sliding scale. And in crypto, finding an objective middle that distinguishes between centralized and decentralized projects is close to impossible.

It is a subjective endeavor where projects can only measure their degree of decentralization or centralization in relation to each other. And because this measurement is essential to communicating how resistant a blockchain is against censorship and attacks, centralization accusations from competing projects are a common and persistent occurrence.

It is no surprise, then, that the debate on Ethereum decentralization surged after its transition to proof-of-stake. After such a major event, investors and builders across the crypto community were motivated to defend the decentralization ranking of their consensus protocol.

We spoke with the experts at Figment, a leading institutional staking service provider, to separate the signal from the noise in this debate. Instead of asking the black-and-white question of, “Is Ethereum now centralized?,” we asked how the network now compares to the rest of the industry. In short, Figment has reported that a deep analysis of on-chain metrics indicates that Ethereum decentralization has increased since the Merge.

A thorough examination of this data will address the concerns and accusations from competing chains.

Ethereum decentralization — can only three entities halt the blockchain?

Only hours after Ethereum’s successful Merge to proof-of-stake (POS), various critics propagated a rumor that just three entities now have the power to halt the chain. This alarming accusation was quickly refuted with a closer examination of the stakers in question. Figment’s research team explained that some of these entities are composed of several or dozens of independent operators. Take Lido, for example.

Lido represents the largest entity on Ethereum by stake. At the time of publication, more than $5 billion worth of ETH is staked on Lido. Although that seems like a lot of Ethereum in one place, Lido is composed of about 30 independent operators — Figment being one of them. Additionally, the cumulative deposits have grown to over 4,000,000 ETH, and the number of Lido’s unique depositors has increased to over 90,000 depositors as of Oct. 16.

To attempt a 51% attack, you’d need collusion from all 29 Lido operators and two other major validators. Even if all entities colluded, the remaining honest validators could decide to keep building on the minority chain and ignore the attacker’s fork.

Secondly, if an attacker attempted to revert a finalized block, they would commit to losing at least one-third of the total supply of staked ETH. Because finality requires a two-thirds majority, the attacker would effectively need to meet that requirement to get around the penalty. It is important to bear in mind that this explicit penalty — slashing — did not exist for miners on POW Ethereum. In other words, miners only needed to contend with opportunity cost as a deterrence to attack the network. The point is that, regardless of level, diversity on a post-Merge Ethereum is a difference in kind than what it was pre Merge.

It is clear that the cumulative stake of Lido validators does not present an existential threat to Ethereum. When compared to the number of validator participation prior to the Merge, the network has moved toward greater diversity and security. But community participants still debate the extent of power Lido validators have over other staking protocols and independent validators.

Ethereum critics argue that the inability to withdraw their staked ETH removes the ability and leverage needed to keep validators accountable. While it is true that withdrawals are currently frozen, anyone can exit a validator set at any time. So if a validator did something a token holder disagreed with, they could exit in protest. Their ETH would still be inaccessible, but neither the validator nor the token holder will earn rewards from those tokens..

Secondly, the option to transfer stake may soon be an option. So instead of simply exiting a validator set, the token holder would be able to transfer their stake to any validator of choice.  This promise, in addition to the future promise to withdraw, reinforces accountability across independent validators and liquid staking protocols.

A common misconception is that Lido operators function like POW mining pools — where miners combine their computational resources to increase the odds of winning block rewards. Operators do not contribute their own stake like miners do computational power. And they operate differently from the independent validator. Rather, the protocol uses the following procedure:

The important takeaway is that, even though these operators do not directly manage the staked ETH, they still retain autonomy in validating blocks and approving chain finality. There is no back door access that would force them to censor transactions, move to a different client, approve an invalid transaction, or finalize an invalid chain.

The majority of Ethereum core developers have stated that withdrawals of staked ether will be enabled in the Shanghai Upgrade. Ethereum Improvement Proposal, EIP-4985, is the specific governance initiative being considered by the Ethereum Foundation. Whether or not that will come in the next Ethereum upgrade is debated. Additionally, a date has not yet been set for the Shanghai Upgrade. While some sources cite within six months, it may come sooner or later than expected.

While the industry should constantly strive toward decentralization, we must realize where Ethereum is relative to other protocols today. To this extent, let’s briefly compare the decentralization of POS to POW.

Decentralization in POS vs. POW

One of the fairest litmus tests to test Ethereum’s decentralization is to compare it to the proof-of-work consensus mechanism that Bitcoin uses. Looking at Lido once again, after Lido’s validators are accounted for, it requires more collusion than Bitcoin’s PoW.

Bitcoin has historically operated through mining pools. When comparing the decentralization of stake between validators to BTC mining pools, one could argue that ETH is more decentralized.

Take the cost as one example. The barrier to entry for POW mining is much higher than POS validation. While you can become an Ethereum validator by depositing 32 ETH (today valued at ~$41,129), you’d need a multi-million dollar operation, or at least be part of one, to mine bitcoin successfully. When asked about the difference in cost, Benjamin Thalman, Ethereum protocol expert at Figment, explained:

“Mining, generally, has a higher barrier of entry than staking and the fixed costs scale linearly. Typically, mining is a business where you lose position if you stand still; you need to continually add to your hardware while managing your costs. Running a profitable mining operation is especially challenging for so-called solo miners. Being a validator on a proof-of-stake network is much different. There are associated costs, but there isn’t the same increasing returns to scale; in other words, there isn’t the same pressure to continually be investing more. In fact, on Ethereum, the bulk of consensus rewards comes from attesting, rather than proposing. Even though an individual validator might only propose a block once every two months, they still receive rewards from attesting – an activity that happens roughly every six-and-a-half minutes. In other words, proof-of-stake is less likely to push towards centralization the way mining does.”

In a Bankless interview, Ethereum co-founder Vitalik Buterin further explained that in addition to the cost barrier, an adversary would need a larger percentage of network control to exploit the system. Plus, even if such an event occurred, Ethereum offers more recovery options.

Validators generally understand the value of decentralization and the threat centralization poses to network credibility. The continuing rise of validator participation after the Merge is a sign that the network is maintaining a healthy level of participation and isn’t facing an existential risk of exploitation.

Validators also understand the threat that decentralization poses to Ethereum. It has been a contested topic, especially since 2018, when former SEC Director Bill Hinman gave his thoughts. In short, he made a statement that alluded to how a digital asset trumps the Howey test. He assessed that an investment contract would no longer exist if a crypto asset or DeFi platform were sufficiently decentralized.

The key to passing this test was that a platform or protocol would no longer require the promoter or original operator to perform “entrepreneurial efforts.” If that key moment happened, then the “information asymmetries between that enterprise and its investors might diminish to the point where the protections of the securities laws were no longer necessary.”

Regulators tend to agree today that blockchains fall along this scale of centralization to decentralization. They, like the competing protocols, cannot agree on the exact degree to which a project achieves an exemption from security laws enforcement.

Regardless of where they settle, core Ethereum developers continue to make efforts and commitments to further decentralization. Since April 2022, Ethereum’s decentralization level has risen by 50%.

As one of the most heated conversations in crypto, talk surrounding the true decentralization of digital assets will continue. It will come in many shapes and sizes — comparing the decentralization of proof-of-stake vs. proof-of-work, or talking about how decentralized Ethereum is becoming in general. While it’s challenging to provide an objective black-and-white answer, the increasing number of validator participation, unique Lido operators and depositors, and protocol upgrades paint a more decentralized network after the Merge.

The post Why Ethereum Is More Decentralized After the Merge appeared first on Blockworks. 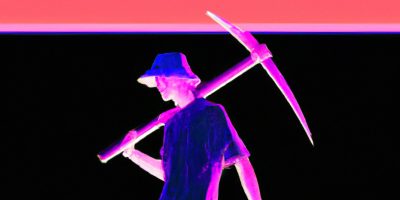