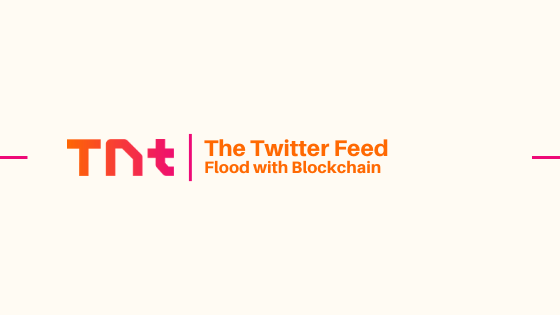 There are numerous trends that are being updated in the Blockchain space. There are a lot of innovative ways the blockchain enthusiasts are trying to increase the popularity of technological development. Many of the enthusiasts are verging towards the great aspect of popularising the methodologies through the social media platform which is kind of a very good platform to embrace and implement such technological feats.

The recent update in the space is definitely the news from twitter. The growing popularity of Bitcoin is slowly grabbing the attention of the social media giant. There are also speculations brewing up in the space that will determine the future of twitter’s involvement in the social media space. Now there are a lot of methods through which you can build the popularity scale of technology, but twitter took to the easiest and common way.

They introduced the Bitcoin Emoji. The Emoji is definitely gathering a lot of attention in the social media feed. Twitter CEO, Jack Dorsey gave a very cordial welcome to the emoji into the twitter world by introducing the image of the emoji on his handle and also at the same time, he started the trend by using the #bitcoin.

The introduction of the emoji is definitely trending in twitter and there a lot of famous personalities and influencers who are equally thrilled with the social media application’s move. Some of the personalities in the space included CEO of TRON, Binance and much more who are flooding the Instagram feed with the popular hashtag #bitcoin.

It is said that the companies invest nearly $1 million dollars to get featured on twitter in the form of emojis and hashtags. This is mainly to increase the knowledge of the users in the space and also ensure that the popularity of the digital currency is known to the larger part of the world.

Twitter is supposedly being very supportive in terms of the update and it is really inspiring to see some of the greatest influencers in the space granting it the credibility, that is very much required by the social media now.