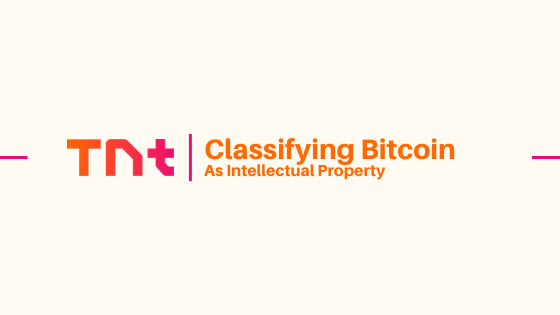 Though the blockchain’s admissibility as a litigation tool in court remains murky, the technology’s applications outside of court are anything but. These emergent applications have ranged far and wide; consumers and entrepreneurs alike have expressed confidence in the technology’s ability to revolutionize everything from the finance industry to national security. A number of fintech startups have delved into using the blockchain to protect intellectual property, a natural leap given the decentralized record-keeping nature of the technology. But even though IP applications for the blockchain seem inevitable, its patentability might not be quite as simple.

This makes classification difficult. The qualities unique to digital currencies such as decentralization, intangibility, and functionality outside of a niche virtual domain have contributed to immense debate with respect to what kind of property Bitcoins are.

Even within intellectual property, digital currencies do not fall neatly within any of the main categories of patents, copyrights, trade secrets, or trademarks.

Some of these categories can be eliminated without much further discussion. According to attorneys Michael A. Berta and Willow W. Noonan at Arnold & Porter LLP, bitcoins do not fall under the purview of patentable inventions – “no matter how inventive the Bitcoin system as a whole may be, each individual bitcoin likely is not a separate patentable invention.”

Additionally, the fundamental anonymity of the Bitcoin system disallows its
classification as a trademark. Trademarks typically protect brand names and
mechanisms used by producers to identify and distinguish its goods on the
market. Since a bitcoin functions as a unit of currency that specifically
cannot be traced to its possessor, it cannot constitute a trademark outside of
the use of its name alone.

A bitcoin likely also cannot be protected by a copyright. Though case
law in this area to date has been sparse, some have pointed to the “private
key” in digital currencies as potentially copyrightable. This private key,
which is instrumental in allowing the owner to anonymously access her
money and transfer bitcoins from one wallet to another, consists of a lengthy
and randomly generated string of letters and numbers.

However, simple fixation of random numbers and letters alone does not meet the threshold for copyright protection – some semblance of originality and creativity must also be embedded in the copyrightable matter. In the case of private keys,
random generation of the letters and numbers precludes any of the creativity
found in traditionally copyrighted works.

Additionally, the highly functional nature of the private key requires that “they conform to strict formatting requirements,” further weakening the case for copyright protection. In the same way that mathematical formulas cannot be copyrighted in part due to standardized notation, bitcoin keys are rigidly and formulaically calculated for the sole purpose of transferring and receiving bitcoins. And even if bitcoin keys were borderline copyrightable, registering secret keys with the United States Copyright Office laughably undermines the purpose of an “anonymous” currency – if published, the secret keys would lose much of their power and functionality. It would be unwise at best to “compromise the
secrecy of a bitcoin [private] key by registering it with the Copyright
Office.”

As a result, trade secrets remain perhaps the most compelling classification category for bitcoins. Courts have often defined trade secrets as “information that derives economic value from not being generally known or readily ascertainable, and that [they are] the subject of reasonable efforts to maintain its secrecy.” At surface level, bitcoin private keys do appear to meet these standards. Private keys by their very nature are not generally known or readily ascertainable and the digital currency certainly derives significant economic value from this conscious secrecy. Bitcoin owners have every incentive to safeguard their private keys since hackers otherwise would pillage their wallets.

Yet classifying bitcoins as trade secrets still does not seem quite right perhaps due to the changing nature of the private keys upon transfer.

Although bitcoins “at rest” appear to meet all the qualifications of a trade
secret, bitcoin transactions are very different from the typical transfer of a
trade secret product. When bitcoins have been transferred, “they are no
longer secured by the same private key,” moving from being protected by
the sender’s private key to the recipient’s private key.

Unlike a Chick-fil-a sandwich, “the secret information representing the bitcoin (i.e., the private key) is completely different” and no longer remains covered by the same trade secret. This complicating factor has made it very difficult for courts to evaluate bitcoins as trade secrets or any other category of intellectual property. Even Satoshi Nakamoto, the pseudonym of the anonymous founder (or founders) of the digital currency, has not yet come forth with an effort to designate Bitcoin itself as any specific form of intellectual property.

The United States Patent Office has not yet granted any of these patents.
Given the recent filings of most of these patent applications, the USPO likely
has not yet truly begun to evaluate these applications. However, is still
unclear whether such patents will even be deemed valid in the current legal
landscape